Home In the garden Courgette crisis

Today I came downstairs to the kitchen to find a note from my husband (we communicate by note during the week!). It read: “Crisis! Courgette and broccoli shortage across Europe. Oh Noooo …!” 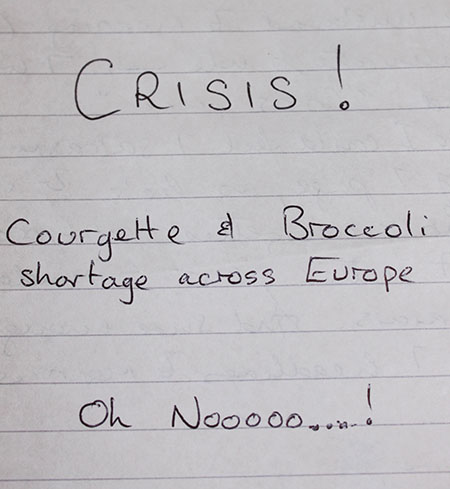 A typical love note from my husband

Okay, so I could feel the sarcasm oozing off the page, as he’s not a huge fan of courgettes, or broccoli for that matter, despite my best efforts to force feed him both throughout the year, but it made me curious. Sure enough, those were the headlines. First Brexit, then Trump and now Courgette-gate. Yes, the UK is in the grip of a courgette shortage. Hold the front page!

Apparently, cold wet weather has affected crops in Spain and prices of the lovely veggies are soaring, along with peppers, tomatoes and broccoli. And shoppers appear to be panicking about it.

What a load of tosh

This total over-reaction is indicative of a widespread attitude about the availability of fresh produce, but I suppose it’s not surprising given the supermarkets’ obsession with stocking every possible vegetable in every month of the year. It’s no wonder people have lost track of what’s in season, and what’s not.

I had a glut of courgettes last August … because that’s when they were growing!

My rather condescending advice to anyone worrying about their inability to make courgetti right now, is not to stress about it and tuck into some carrots, cabbages or parsnips instead. They’ve probably been grown a little closer to home! 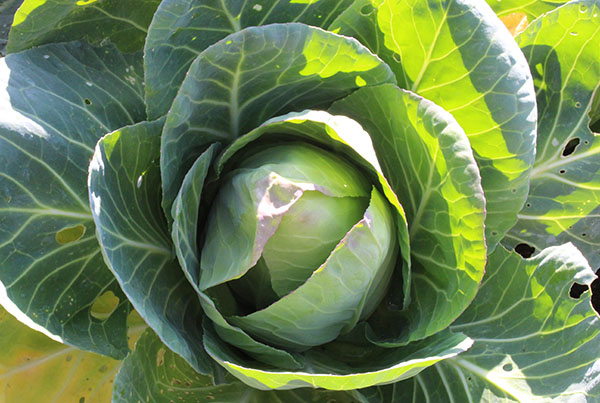 Tuck into your winter cabbages instead

And as for my husband, who is undoubtedly hoping that this dearth of courgettes will last well into 2017, it’s not the good news story he thinks it is. I’m ordering my seeds this month, and I’ll be sure to stock up on courgettes!