It’s the last day of February and the final day of winter (well, meteorologically at least). So, I’ve been busy in the garden completing all those final winter tasks. And the good news is, none of them took more than 15 minutes! 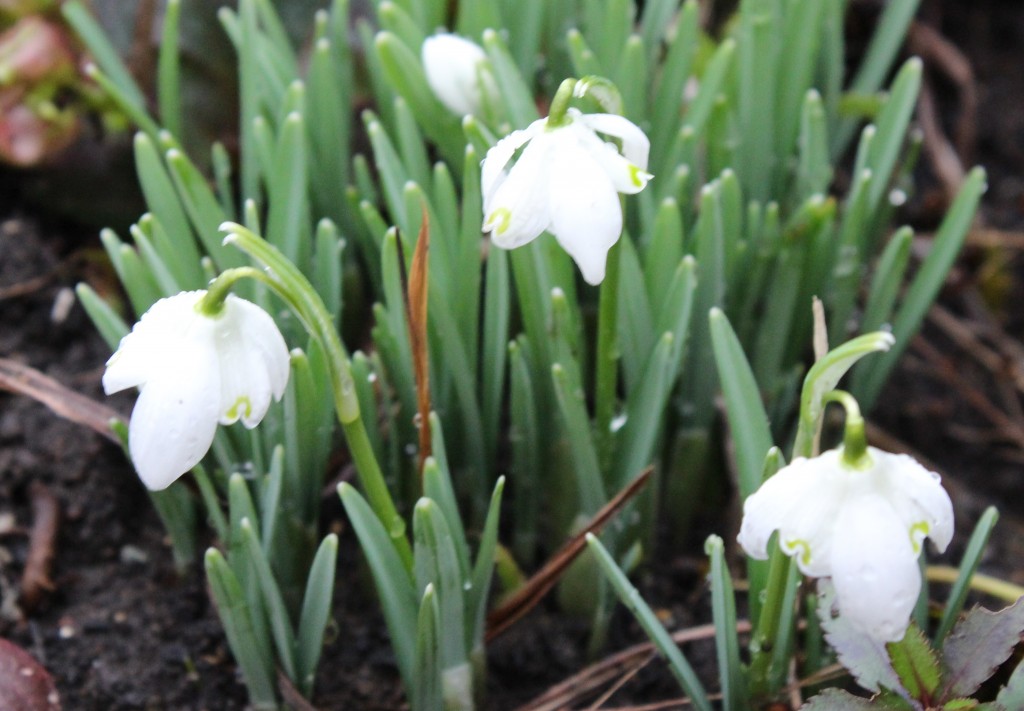 February snowdrops, announcing the end of winter and the start of spring

First, I completed my winter fruit tree care plan. Having applied a fruit tree ‘wash’ to my apple and pear trees earlier this month, I completed their winter care by pruning and feeding them.

Pruning should be carried out while the trees are dormant (generally, November to March between leaf fall and bud break). Make sure you use sharp secateurs or saws to shorten the previous year’s growth on each main branch, and to cut out any weak or crossing branches or congested growth. The RHS has lots of good advice on winter pruning of apple and pear trees. Mine are only young trees, so they didn’t need a lot of pruning. 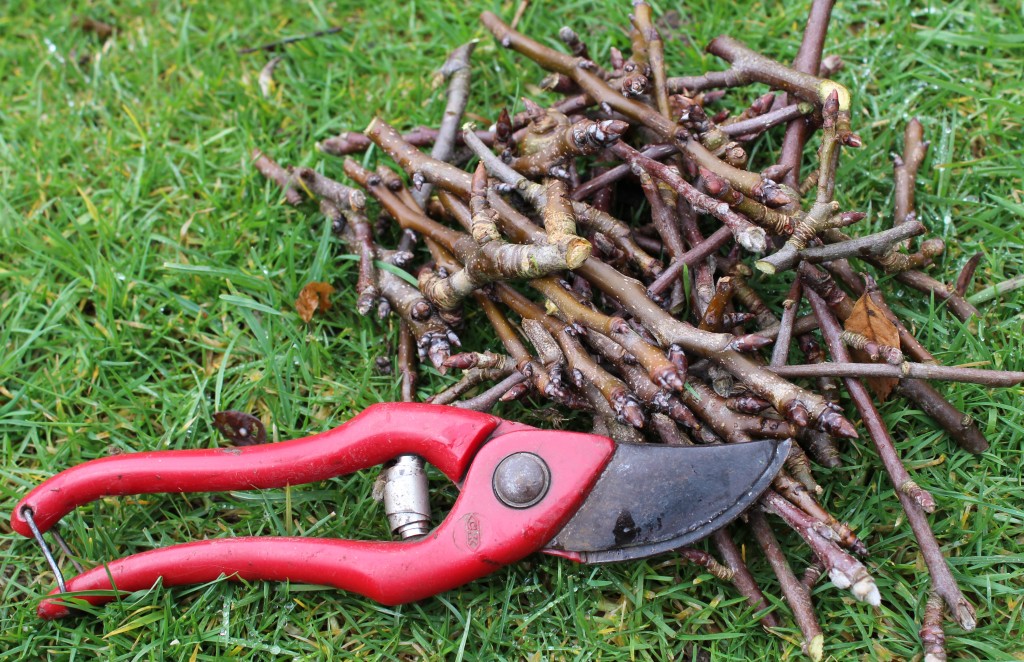 The results of my pruning – not a lot! Make sure your secateurs are sharp.

Feeding. I simply applied some growmore fertilizer around the base of the trees. Again, the RHS has good advice on feeding fruit trees (and mulching in late spring/autumn).

Next I tackled my autumn-fruiting raspberries, which still bore the evidence of last year’s bumper crop. 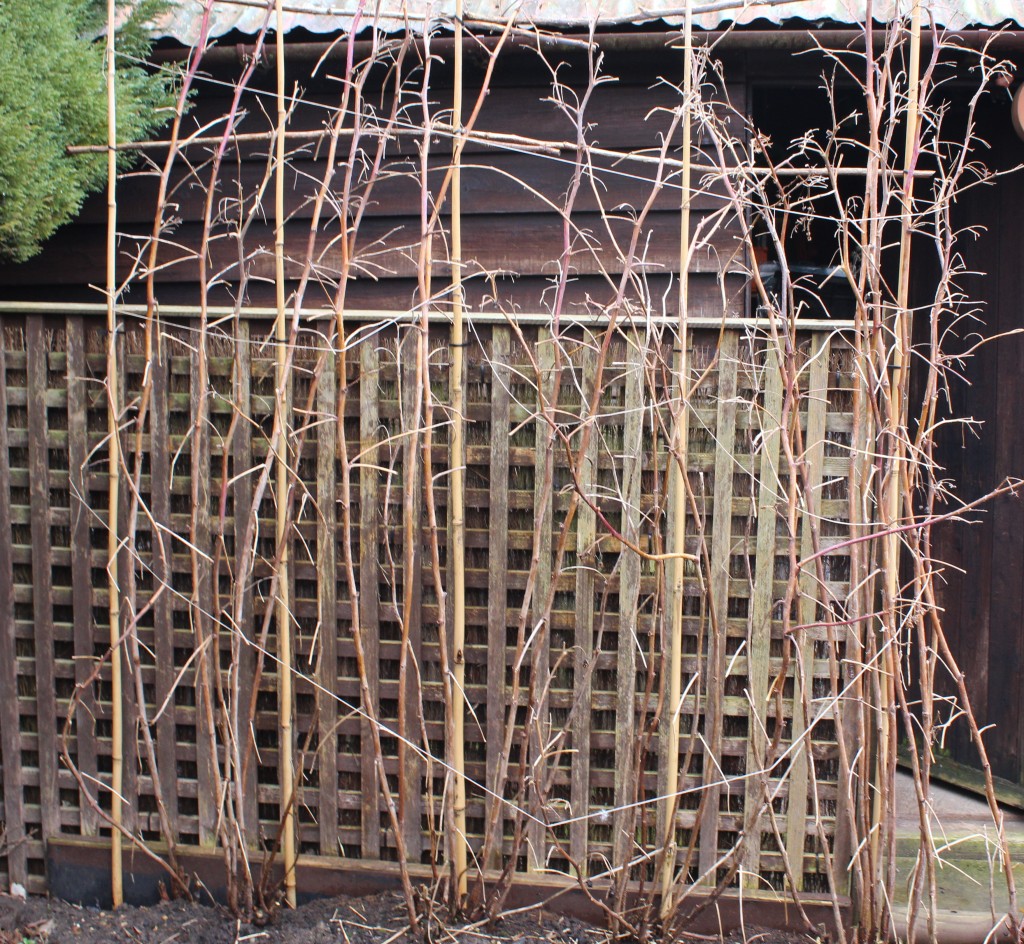 February is the perfect month for cutting the canes down to ground level, ready to start the growth cycle all over again. I will, of course, also feed these with growmore fertilizer. 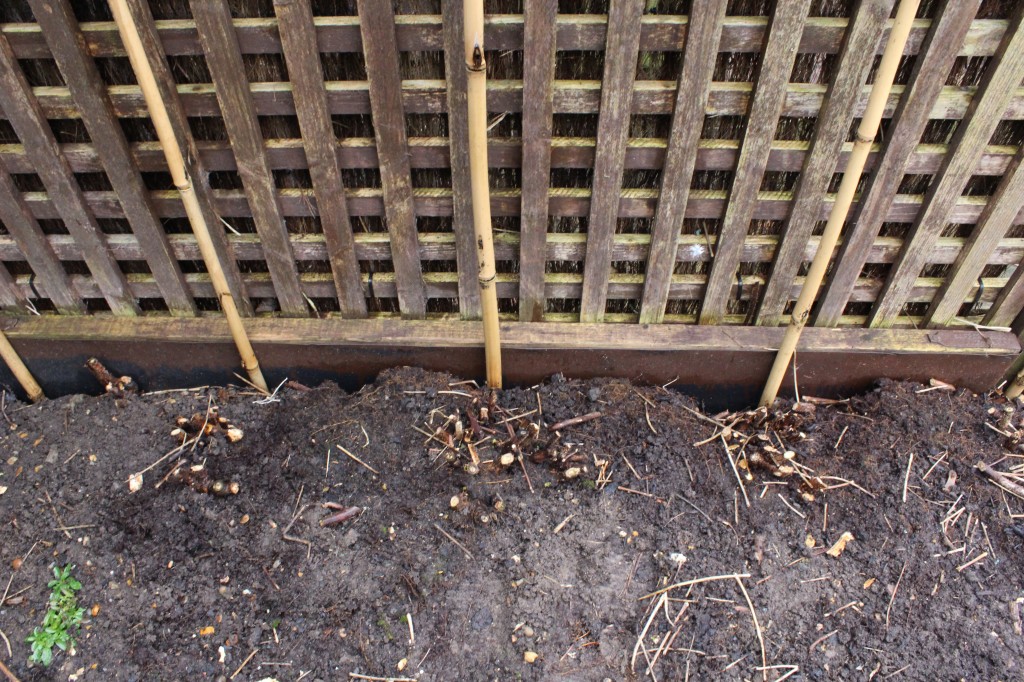 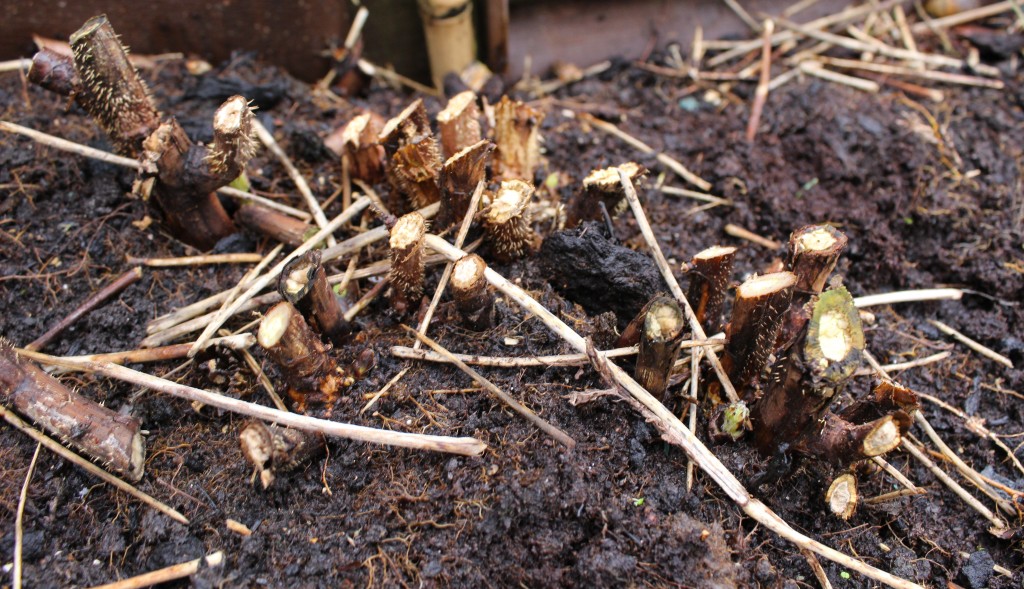 Some of the canes that I cut were extremely sturdy, and it struck me that they would make ideal stakes elsewhere in the garden. So I trimmed down the strongest pieces and have kept those to prop up any straggling perennials later in the year. 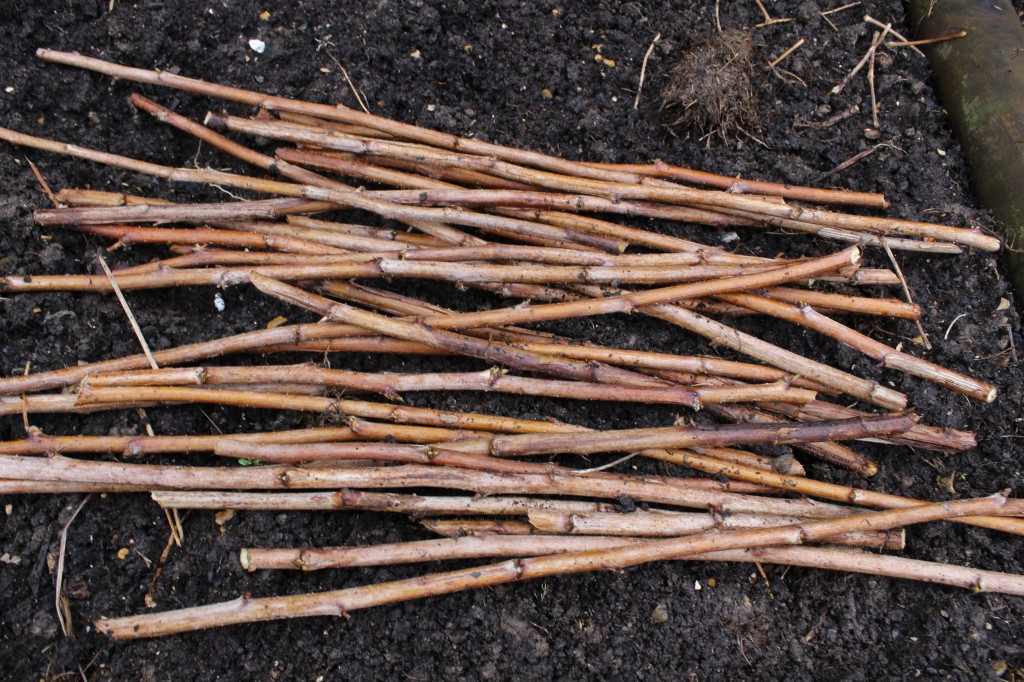 Finally, I potted my dahlia tubers. Dahlias are not frost hardy, but if you have a light, frost-free place where you can keep them, now is the time to get those tubers activated.

Dahlias are incredibly low maintenance. All you need to do is plant each ‘bunch’ of tubers (roots down) in a large pot (approx. 3-litre volume) of general potting compost, such that the stump at the top of the ‘bunch’ is at soil level. They shouldn’t be planted too deeply.  Then all they need is light, warmth and moisture to kickstart growth. Mine have joined my chitting potatoes in the back bedroom. 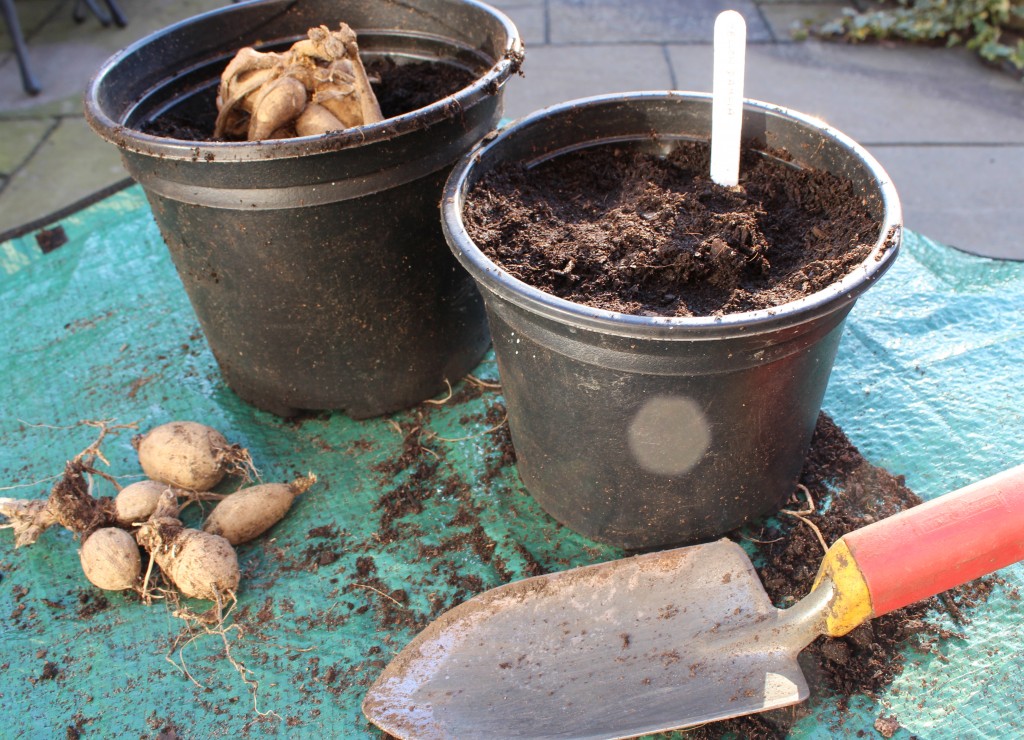 Plant each ‘bunch’ of dahlia tubers in a 3-litre pot, so that the stump at the top of the bunch is at soil level. Water and keep frost free.

I’ve potted 8 Topmix dahlias for some patio colour this year, plus a few straggly tubers leftover from last year, which I’m hoping might take.

And so to March when, according to the Met Office, Winter is officially over and Spring has arrived (yay!). Or has it?!

I’m not 100% convinced. Given the current temperatures, and forecasts of sleet and snow, I’m inclined to ignore the Met Office’s calendar definition of Spring in favour of ‘astronomical’ Spring, which starts slightly later. This year the Spring Equinox falls on 20th March, so I think we’ve got a few weeks to go yet before we can definitely proclaim SPRING IS HERE! Still time to complete those 15-minute winter tasks. 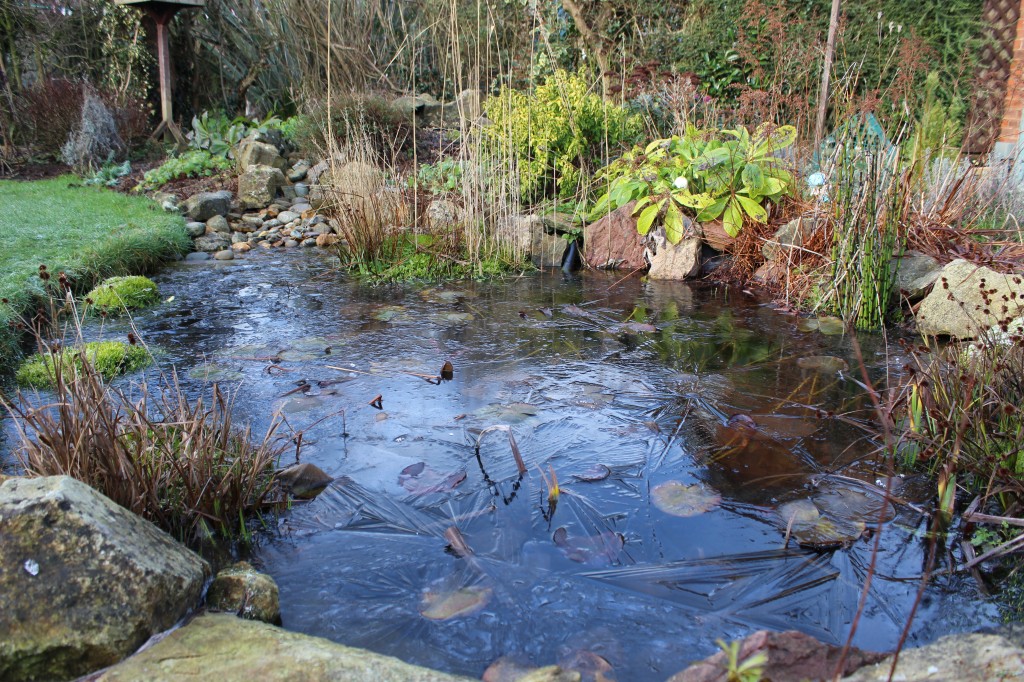 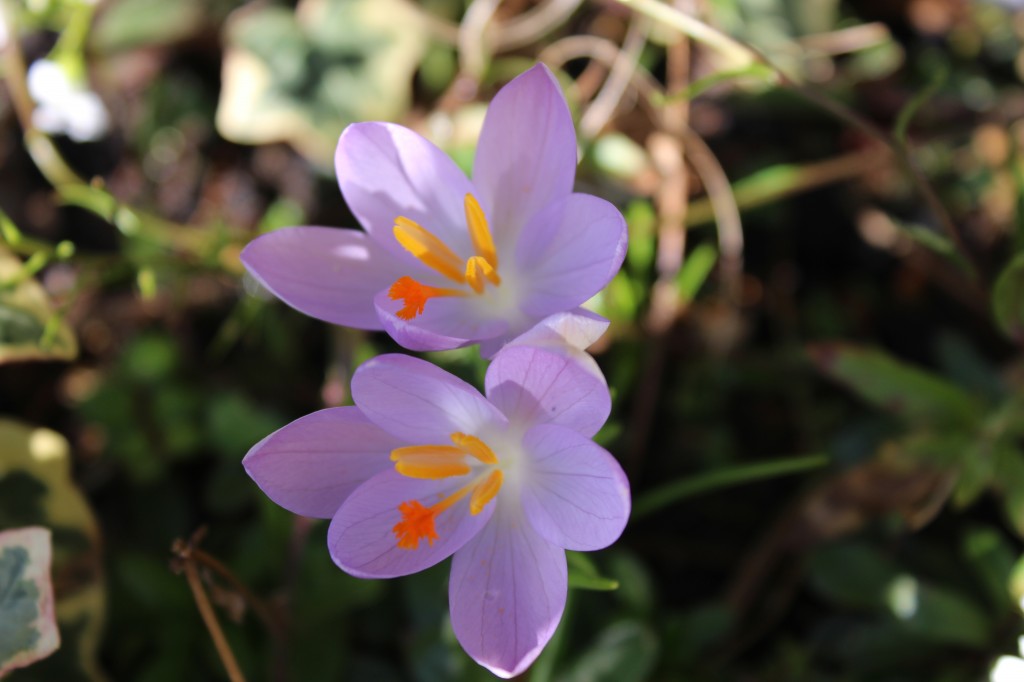