So, we’re up and running on twitter, and – as my first tweet announces – my 15 minutes of green today was a stroll through Abingdon Abbey Gardens.

Today's 15 minutes of #green was a late arvo stroll through Abingdon Abbey #Gardens. Losing the light early now the clocks have gone back!

First, through the formal garden area of flower beds and herbaceous borders (polyanthus and pansies being the current planting scheme), then into a parkland area bordered by mature trees, including a magnificent European copper beech (Fagus sylvatica), resplendent in its autumn glory and a giant redwood that more than lived up to its name.

I carried on along the leaf-littered path, past the ornamental lake, where water voles are reputed to thrive. There were no water voles today (I’ll be sure to let you know if I ever see one!), but a rustling in the leaves above me revealed a grey squirrel (Sciurus carolinensis) tucking into something tasty. I finally came to the Mill Stream that borders Abbey Meadows, where mallards, moorhens and mute swans were making the most of a half-term bread-feeding frenzy. By 4.30pm I was losing the light, signalling that it was time to return to my desk – refreshed, of course, by my 15+ minutes of green. 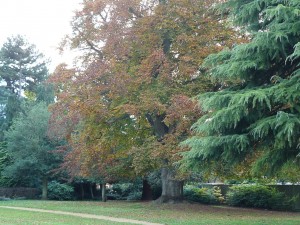 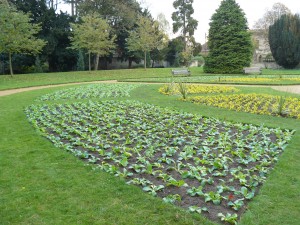 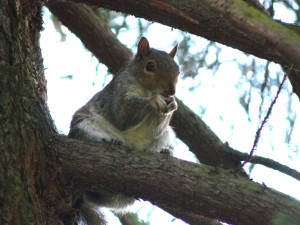 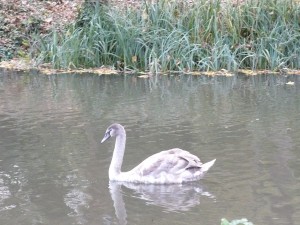 Cygnet on the Mill Stream, Abingdon