Home Out and about Nature in the UK Fleet Pond

Last Sunday dawned crisp and sunny, so we decided to take a walk around Fleet Pond. I guess, because of its name, I’ve always envisaged this local green space to be a large ‘pond’ covered in duck weed, bordered by a few weeping willows and home to numerous bread-scavenging mallards.  How wrong could I be!

Fleet Pond is actually Hampshire’s largest freshwater lake, surrounded by a remarkably diverse mixture of habitats – woodland, heathland, reed beds and marsh – totalling around 141 acres. Designated as a Site of Special Scientific Interest (SSSI), it is an important habitat for wildlife, as I swiftly discovered for myself. 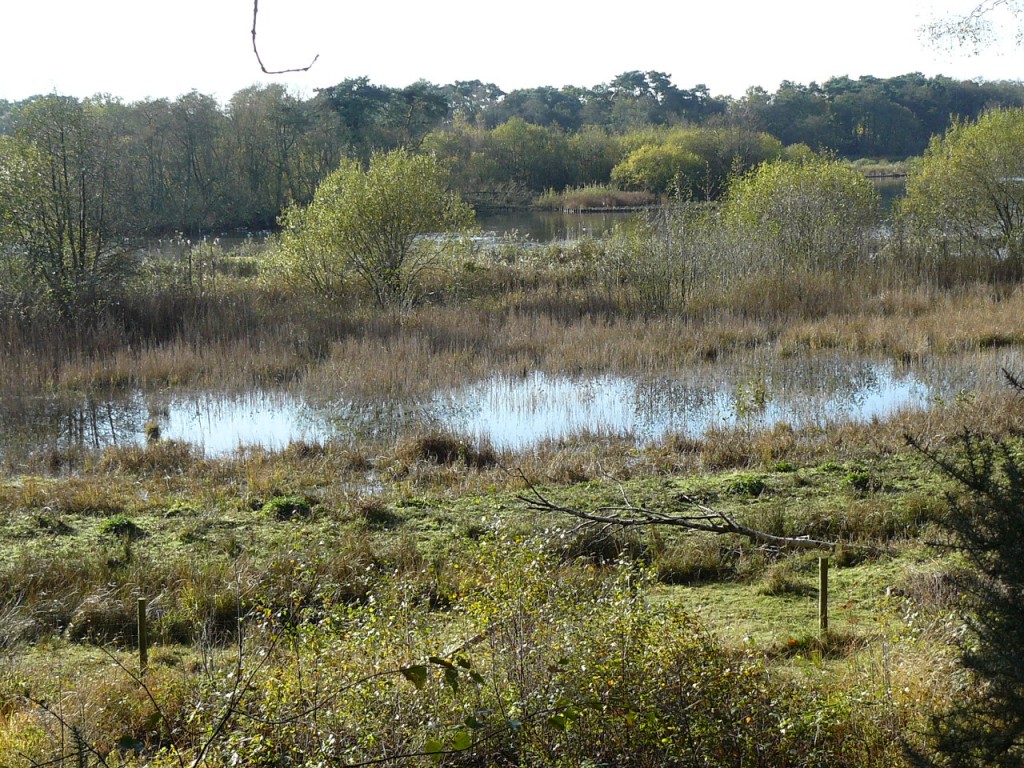 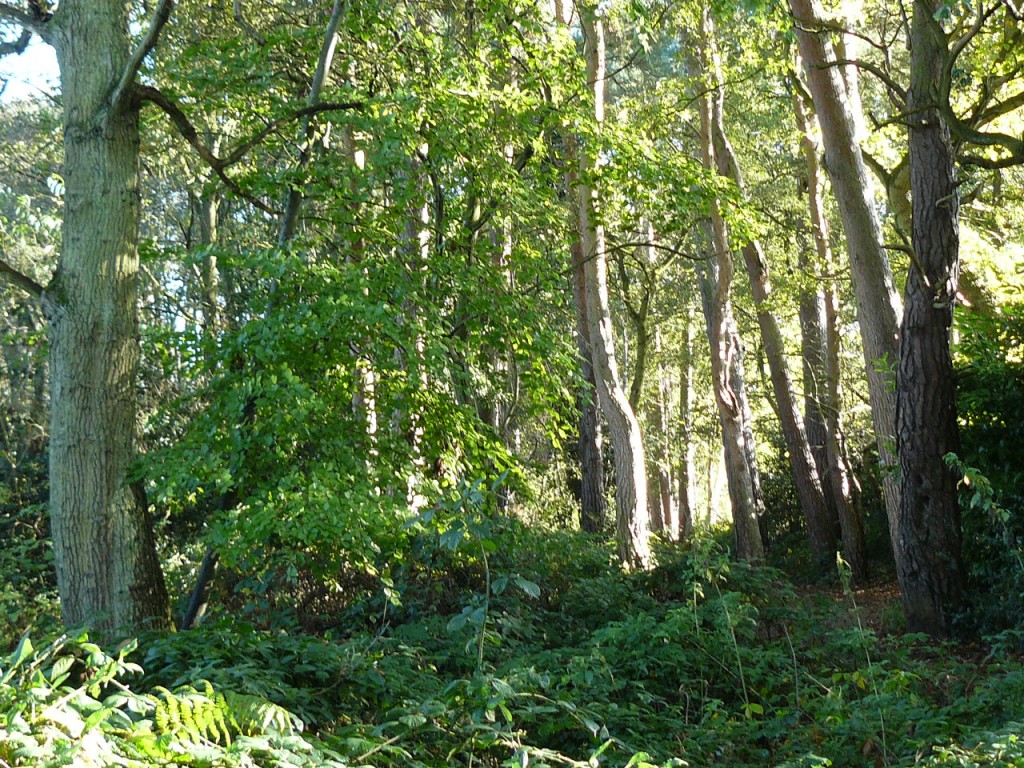 A very short walk from the car park is a picnic area overlooking the lake and the aptly named Cormorant Island. It was reminiscent of that classic scene from Disney’s The Jungle Book in which four bored Liverpudlian-accented vultures are sitting around on a tree, trying to decide what to do:

Only, at Fleet Pond, there were at least 12 cormorants (Phalacrocorax carbo) hanging out on a partly submerged tree, preening and drying their glossy feathers in the morning sunshine.

We could just about make out a grey heron (Ardea cinerea) on the far side of the lake, while above us, a treecreeper (Certhia familiaris) was frantically spiralling up a tree, probing the bark with its long slender bill, before flitting to the next insect-rich specimen. 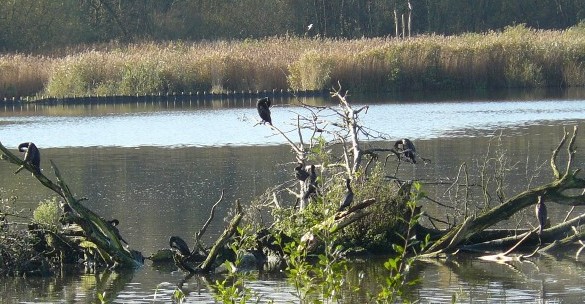 We followed the well-made path through the oldest section of woodland at Sandhills, dappled sunlight filtering through the canopy of oak (Quercus) and Scots pine (Pinus sylvestris). Then onwards for a full circuit of the lake. 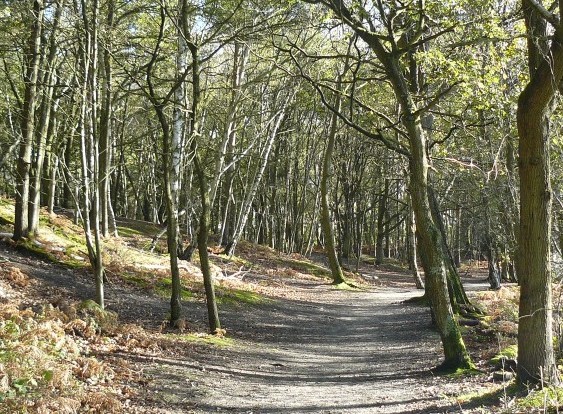 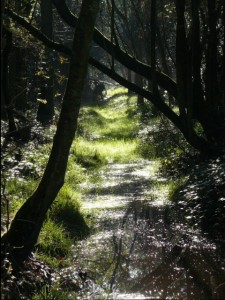 With delightful woodland vistas at every turn, highlights included the atmospheric lighting of sun streaming into Coldstream Glade, the red shiny berries of holly (Ilex) and black bryony (Dioscorea communis), and a highly photogenic jay (Garrulus glandarius) in the trees above Gelvert stream. 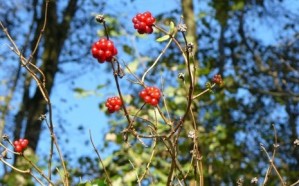 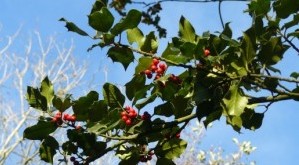 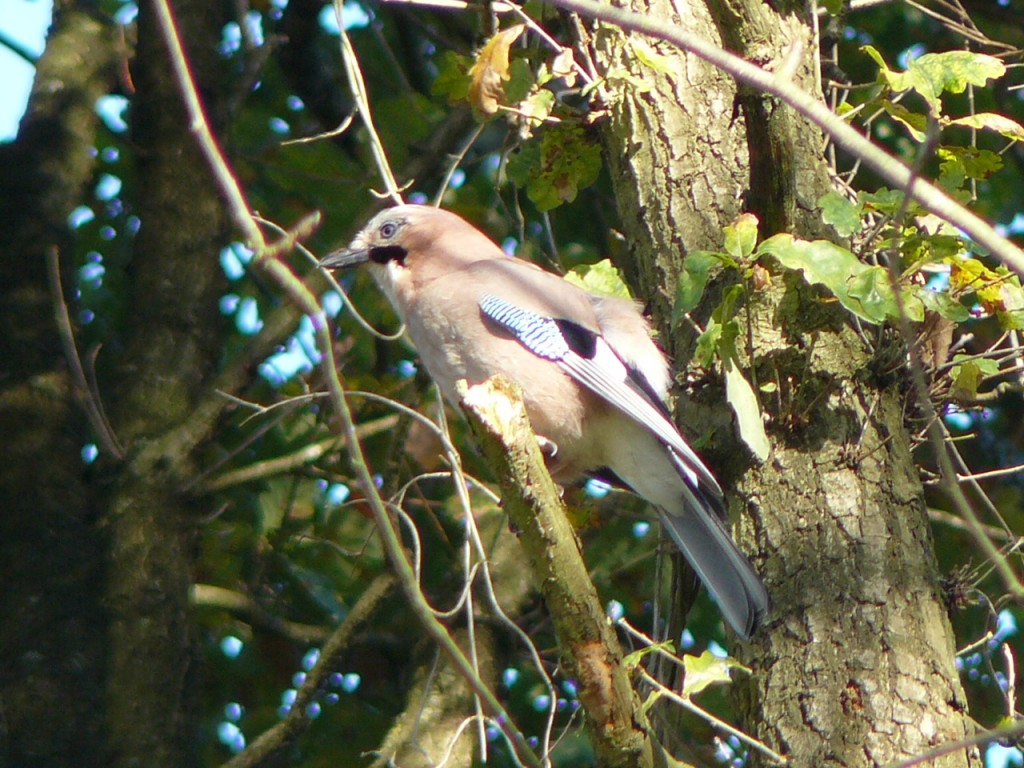 The views through the Scot’s pines on the far side of the lake were stunning. 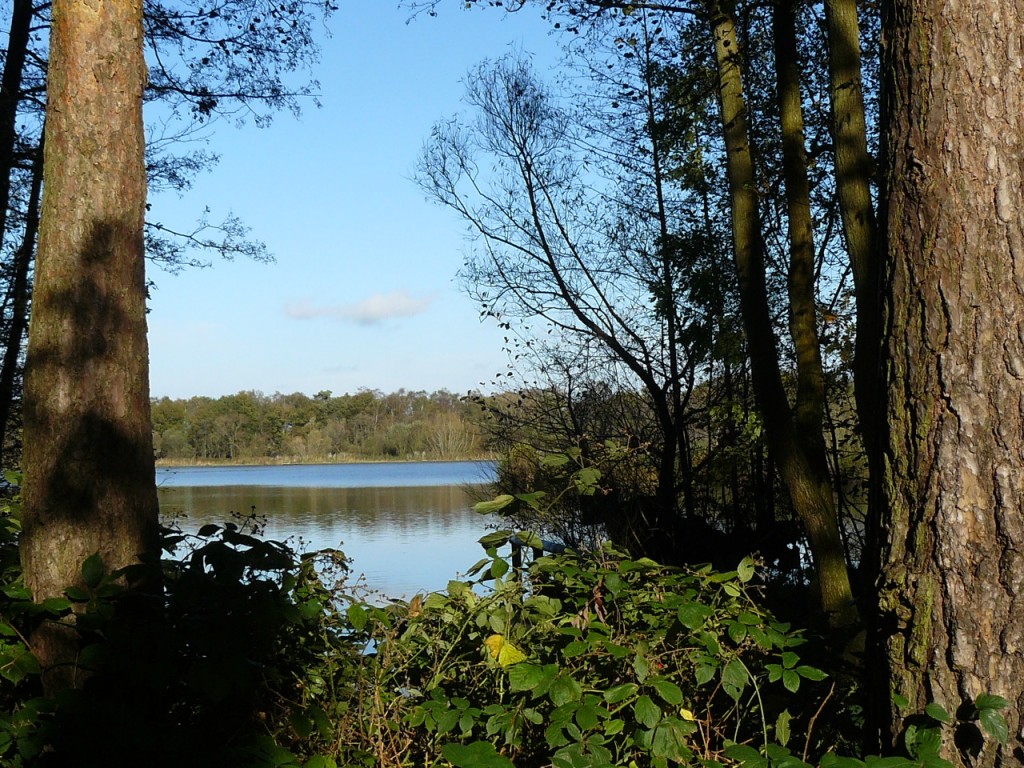 Further along the path, we passed tall pockets of well-established reed beds (predominantly phragmites reed, but also the much-loved sausage-shaped seed heads of greater and lesser reedmace), and got up close and personal with several curious Canada geese and other assorted wildfowl (coot, mallard, great crested grebe, mute swan). 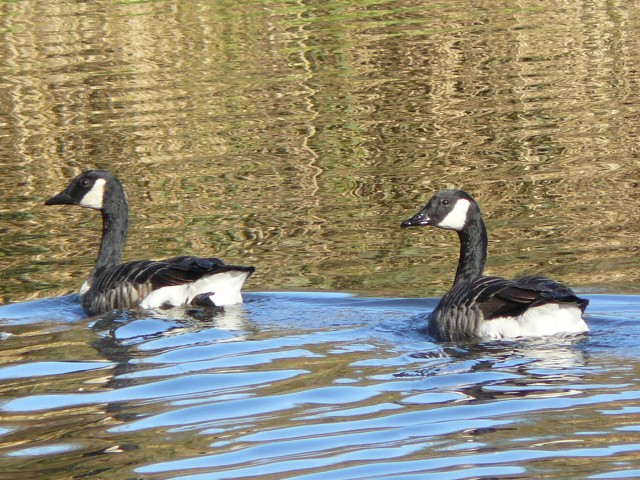 Up close and personal

Finally, we strolled through an area of dry heathland, where the gorse is in vibrant flower, back to the car park. 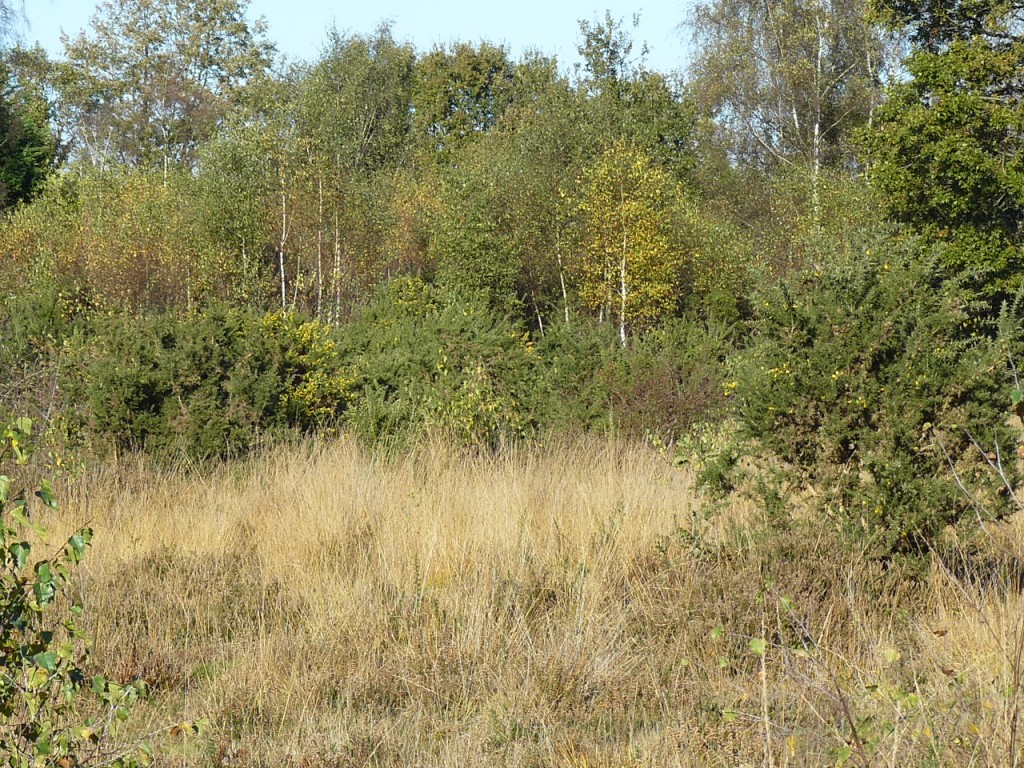 Fleet Pond is truly one of Hampshire’s hidden gems and an essential green space to explore for any nature lover in the vicinity. I’ll certainly be returning!

More information on Fleet Pond is available from the Fleet Pond Society blog and website (which has an excellent map of the nature reserve).