Home In the garden Sparrowhawk attack

Earlier today my usually quiet front garden resembled a scene from Hitchcock’s horror film, The Birds, as dozens upon dozens of rooks and jackdaws circled above my house. The noise was astounding and the sight quite phenomenal, if not a little surreal. I was baffled as to what was going on, until I honed in on a panicked squawking emanating from the ivy beneath my beech hedge, where a sparrowhawk was locked in a violent tussle with … a jackdaw!

Given our extremely healthy population of blue tits and house sparrows, we are used to seeing the occasional sparrowhawk pop in for a ‘snack’, but I have never seen them tackle anything bigger. I was impressed, especially as I was pretty sure the sparrowhawk had the upper hand.

The jackdaw was still making a horrendous noise – it was far from dead – and the mob above was maintaining its rowdy protest too. But the sparrowhawk had it well pinned down. 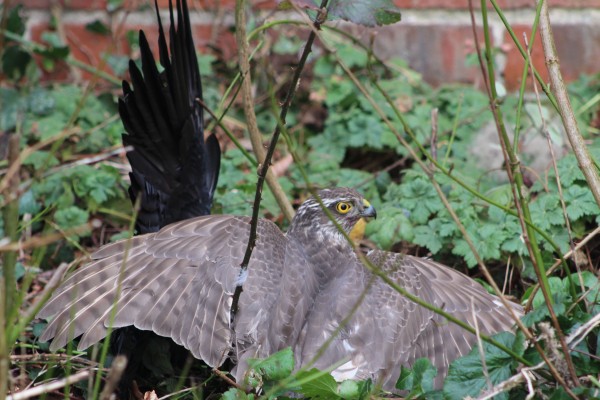 The sparrowhawk appeared to have things under control … 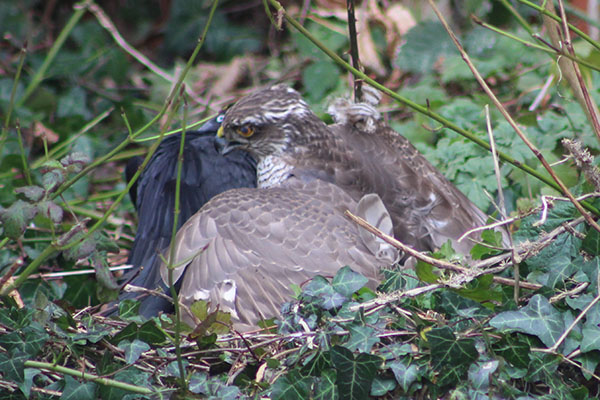 … she even started plucking out the jackdaw’s breast feathers

Until she spotted me. Thanks to my paparazzi-style intrusion, this was one hearty lunch she didn’t get to tuck in to, because in the few seconds that she focused on me, the jackdaw started fighting back. 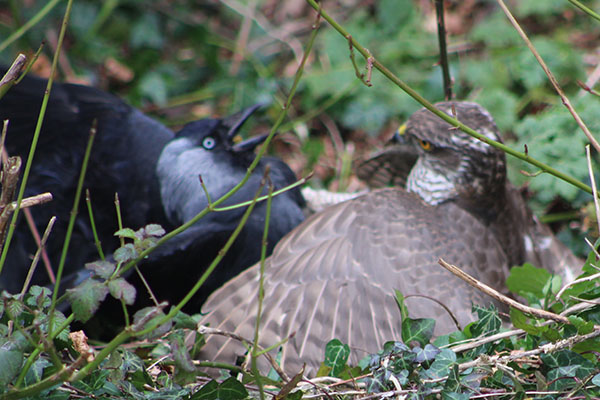 In fact, in a flash, it completely turned the tables and had the sparrowhawk pinned on her back. Talons locked, they tumbled across the lawn before both taking off into the sky.

The black plague circling over the roof swiftly dissipated too. Nothing like a bit of gore and mayhem to liven up a Thursday lunchtime!

The sparrowhawk is a small bird of prey, well adapted to hunting birds in confined spaces, like my front garden! This was a female, as she had a brown back and wings. The females are larger than the males, which have a bluish-grey back and wings and orange-brown bars underneath. 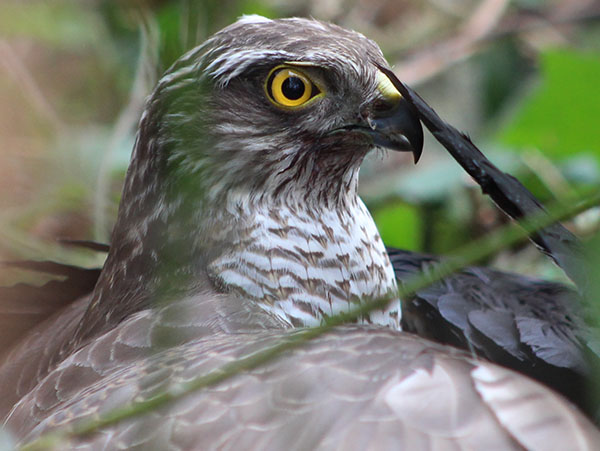