Home In the garden Spud update

Last time I mentioned the potatoes, they were merrily chitting on a bedroom window sill. 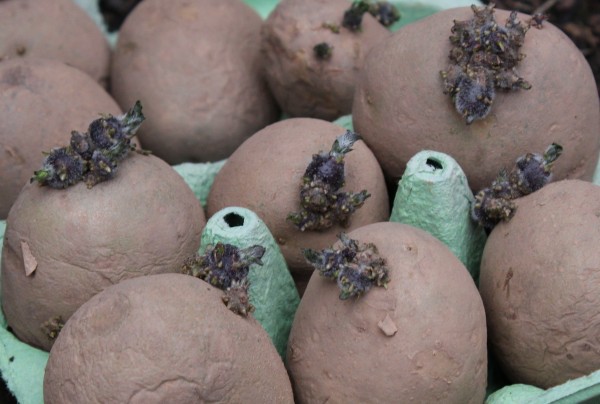 Chitted and ready to plant

A lot has happened since then. First, I had to decide where to put them. If, like me, you are pretty limited on space, the perfect solution is to plant in sacks or containers. I’ve just about managed to squeeze mine in behind the raised vegetable beds. 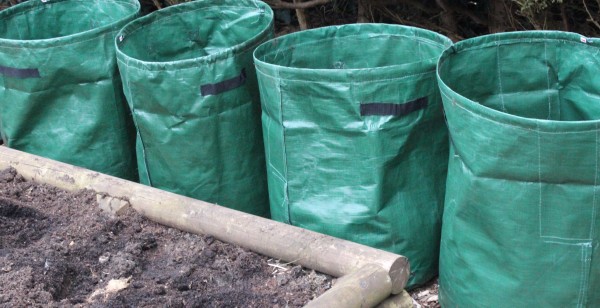 A chorus line of potato sacks

I filled my sacks about a third full of compost, along with some ‘potato fertilizer’, and placed the chitted potatoes on the top (about 5 per sack), then covered them with more compost and watered them well. 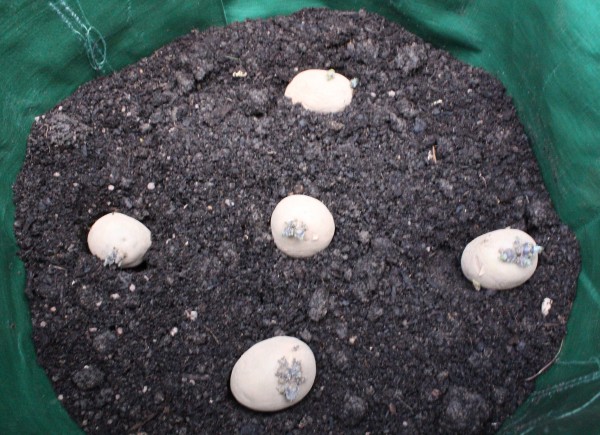 Since then, I’ve pretty much left them to their own devices, and they have done their thing extremely quietly and quickly. Before I knew it (and partly because I’d been away) the leaves were poking out of the tops of the sacks. 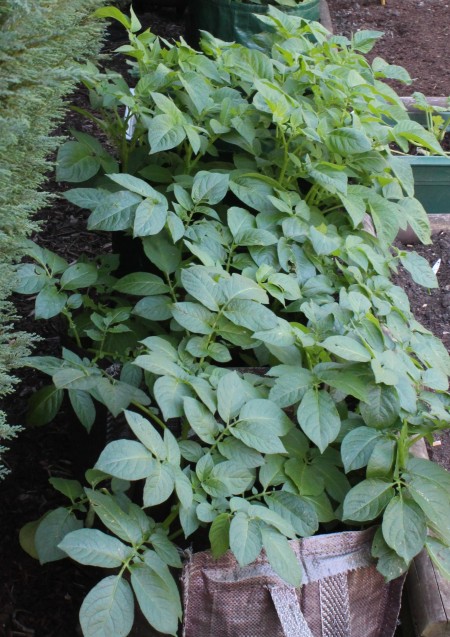 Not what I had intended! The plan had been to gradually earth up soil around the stems as they grew. Instead, I have now had to shovel a load more compost into the bags and hope I haven’t got a potato disaster on my hands.

So now it’s just a waiting game. I shall keep them damp (not wet!) and await the flowers; then we’ll see if there’s anything to harvest.