Home In the garden The Big Garden Birdwatch

Did you take part in the RSPB’s Big Garden Birdwatch this weekend? If you did, and you’ve submitted your results, then you can proudly claim to have taken part in the biggest annual ‘citizen science’ event in the UK and the world’s largest wildlife survey. Around half a million people now take part every year, and last year over 7 million birds were counted.

According to Steve Ormerod, Chair of the RSPB Council, 115,000 sets of results were entered by midnight last night –  12% higher than the previous best. 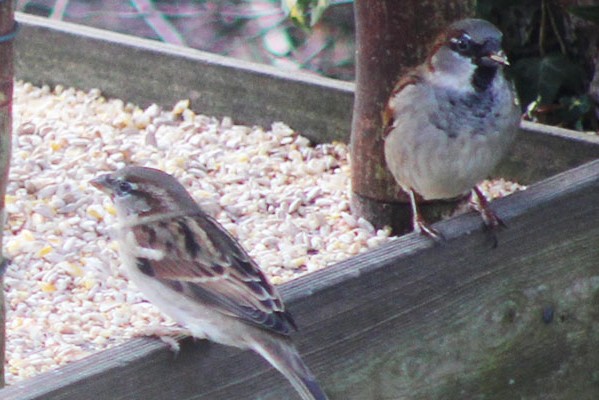 Unfortunately, my hour of twitching didn’t reveal any major surprises; in fact, totalling only 13 species, a few of my regulars were rather noticeable by their absence. In particular, ‘the black plague’ (as I affectionately call them) were nowhere to be seen. Usually, within minutes of loading up the tables and feeders, my  garden turns into a scene from ‘The Birds’, as rooks and jackdaws descend from all directions. But this weekend, they must have been busy shovelling up someone else’s hi-energy no-mess seed instead. Just 3 jackdaws made an appearance, and not a rook in sight. 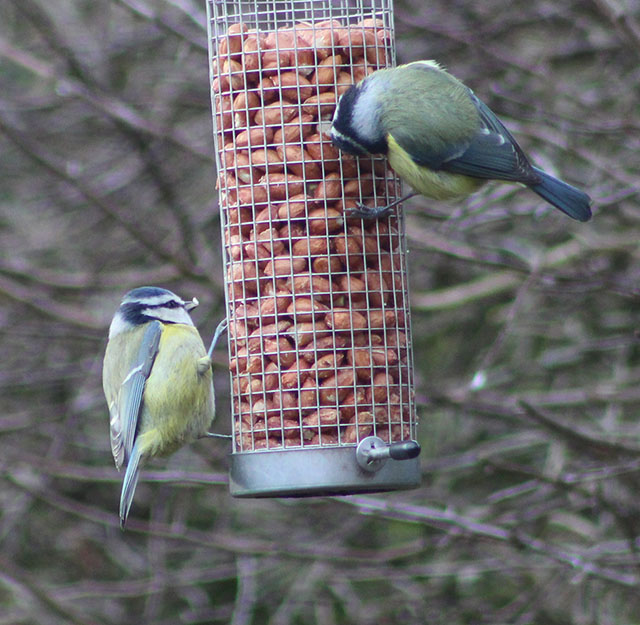 Our house sparrows  and blue tits were, as always,  the stars of the show, manically flitting between nut holders and bird tables, and squabbling over the tastiest grains. We have a flock of 40-50 house sparrows, which breed every year under the eaves and in the ivy on the front of the house, and we’ve had blue tits fledging from the nest box on the shed for the past 4 or 5 years, so  numbers have been building steadily.

That’s the good news. On the downside, we’ve noticed a dramatic decline in the number of starlings over the past 20 years (I was happy to see 3 yesterday!), and this year the goldfinches seem to have disappeared altogether. Last year I could barely keep up with the nyjer seed refills, but so far this winter the nyjer feeder hasn’t needed a single top up.

According to last year’s survey, the top 10 birds occupying our gardens were:

Apart from those awol goldfinches, I was able to tick off all of these, plus those jackdaws (Corvus monedula), a dunnock (Prunella modularis) a magpie (Pica pica) and, at the very last minute, a great spotted woodpecker – a species that, having started to appreciate the benefits of garden nut holders, made it into the top 20 for the first time last year. We now have a regular pair visit us, and they bring the ‘kids’ in later in the year to show them how the amazing food-bearing metal contraptions work. 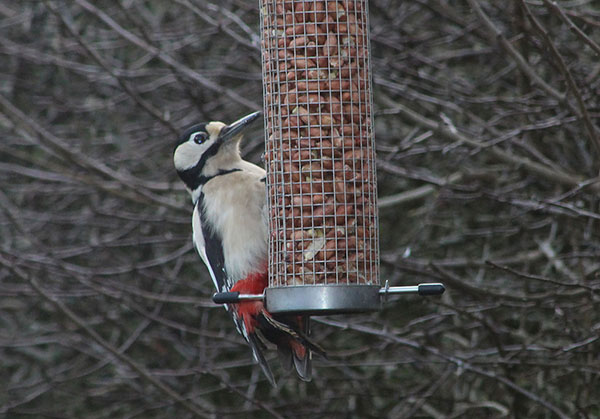 Just in time for the count

It will be interesting to see if the top 10 has changed at all this year. Don’t forget to send in your results – you have until 16th February to submit them. And keep an eye out for the overall findings in March. In the meantime, please leave a comment below and let me know what you get in your garden.