If you haven’t done so already, you need to get a shift on and clear out your nest boxes. Early autumn is actually the best time, but it’s one of those jobs that can get forgotten. If you leave it too late you’ll miss out on the simple pleasure of watching birds coming and going as they build their nests and rear their young in the wildlife haven that you’ve provided.

We emptied the box on our shed a while ago, after another successful blue tit fledging. This prime piece of bird real estate has been home to multiple blue tit broods over the past 5 years, and despite its weather-worn appearance it has already attracted plenty of ‘viewings’ so far this year. 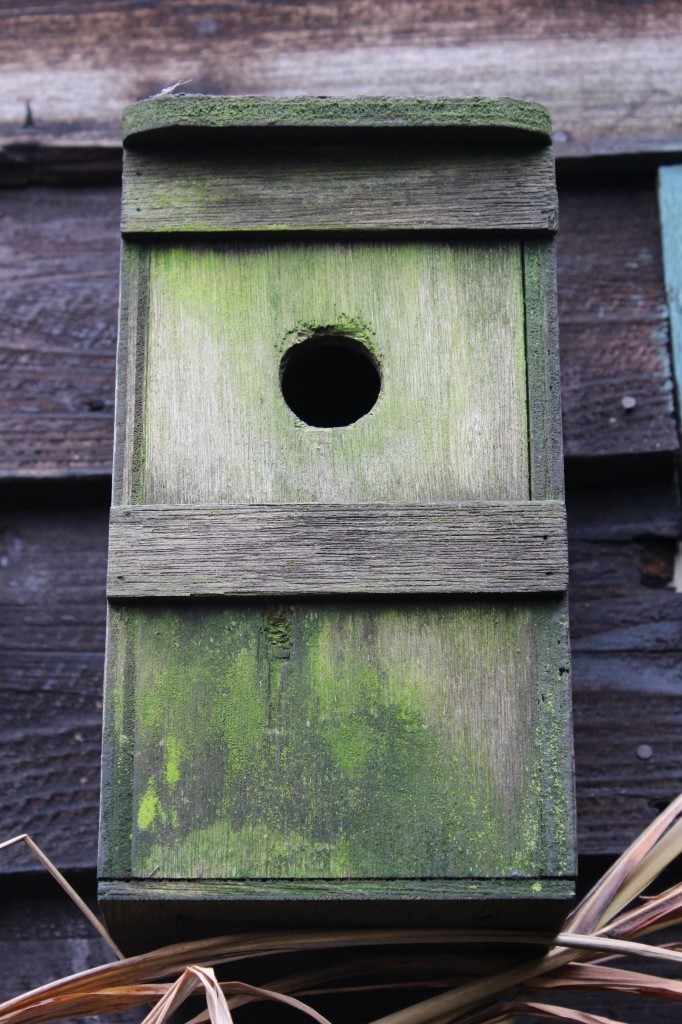 Blue tit ‘des res’ – a bit shabby on the outside, but a protective start in life for numerous generations of blue tits

We also have an open-fronted nest box nestled in the ivy on the side of our garage. It had sat empty for a couple of years, until last year, when robins took up residence to raise not one but two broods. As we weren’t in the habit of clearing that one out, we only got around to it this week. (Note the royal ‘we’. If it involves getting on a ladder then it’s definitely a job for my husband!)

Interestingly, when we came to clear out the box we found that they had built a second nest on top of the first, so it was pretty packed full of nesting material. How they managed to fit the second brood in, in such a confined space, I don’t know. 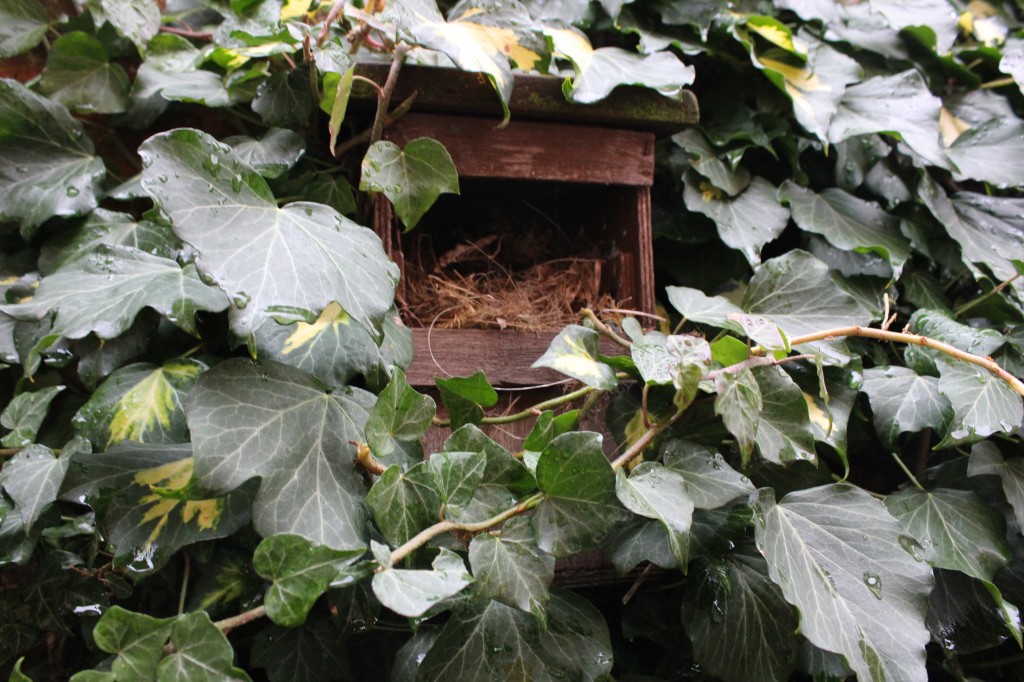 Robins nest in open-fronted boxes, preferably amongst thick vegetation; despite being close to the house, the ivy here provides ideal cover

Within a few hours of clearing out the box we spotted a robin scoping it out, so we have high hopes that we’ll be watching more robin comings and goings from our kitchen window this spring.

The RSPB recommends using boiling water to clear nest boxes of any remaining parasites, and letting the box dry out before replacing the lid. To be honest, we’ve only ever removed the old materials, so that’s a tip for me to remember next year. Too late now, as we’ve already got an ‘interested buyer’ who we don’t want to put off.

Nest boxes – the what, when and where

If you haven’t got a nest box up yet, then now is the time to do it – and I mean now! – as many species are already starting to pair up and check out the best sites. The type of nest box will depend on the species of bird you want to attract. The BTO has advice on the types of boxes that different species go for. In general though, a nest box should be placed 2–4 metres off the ground on a tree or building, in a position that will get some shade during the day.

Somewhere between north and east will avoid the brightest sunlight and the wettest winds. Ours are actually facing west but they are both in shade for a large part of the day because of surrounding hedges and buildings, and we’ve had no complaints. 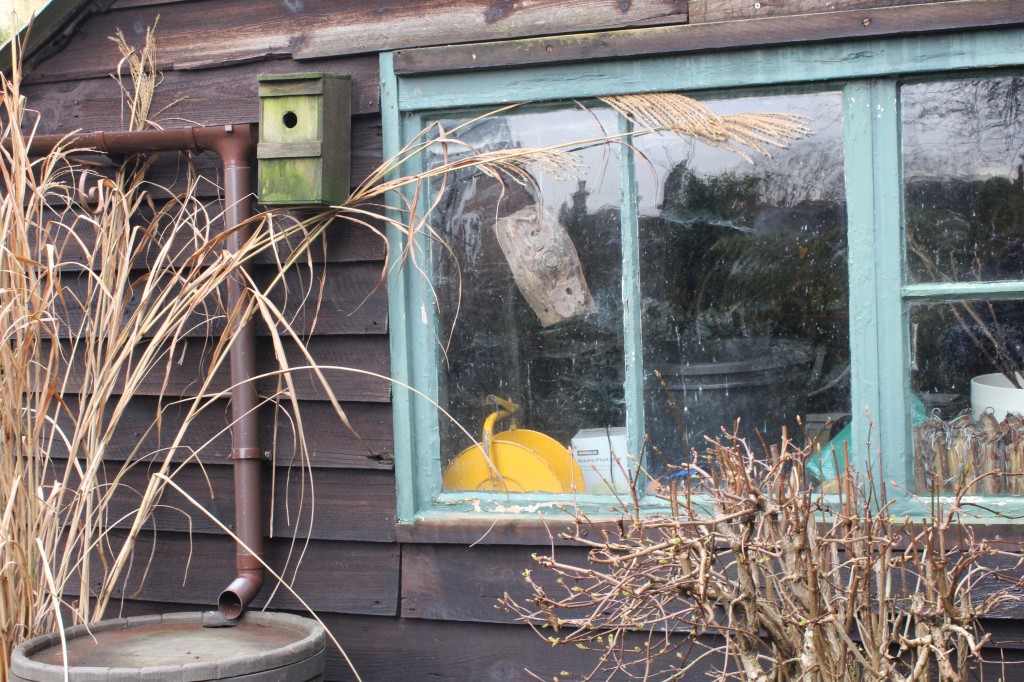 Our sturdy blue tit box is about 2 metres off the ground, with a 25 mm hole and clear flight path in and out

So get out NOW, and make sure those nest boxes are empty. Then sit back and enjoy watching this year’s residents in action.

What birds do you have nesting in your garden? Have they found any unusual places to build a nest? Please leave a comment below.