Home Out and about The Exe Valley

Exford is almost the geographical centre of Exmoor, and it is from this attractive village that we started our new year’s eve walk. At the far end of the village car park is the first of three kissing gates. Now, kissing gates are so called because the gate merely ‘kisses’ (brushes) the enclosure on either side, rather than needing to be securely latched, but I prefer the romantic notion that the first person to pass through has to close the gate to the next person and demand a kiss in return for entry. It was a good way to secure lots of kissing on the last day of 2014. 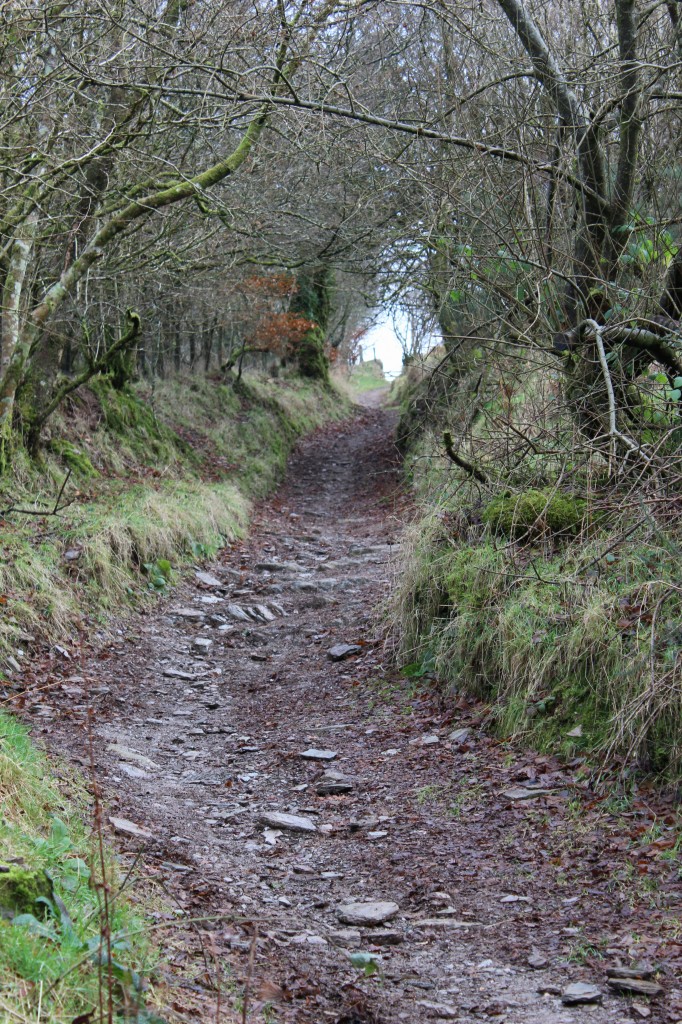 The start of another uphill walk onto the moors

Lots of mud and a couple of fields later, and once again we were enjoying those undulating Exmoor views – a patchwork of fields, hedges and woodland on the slopes of the Exe valley. 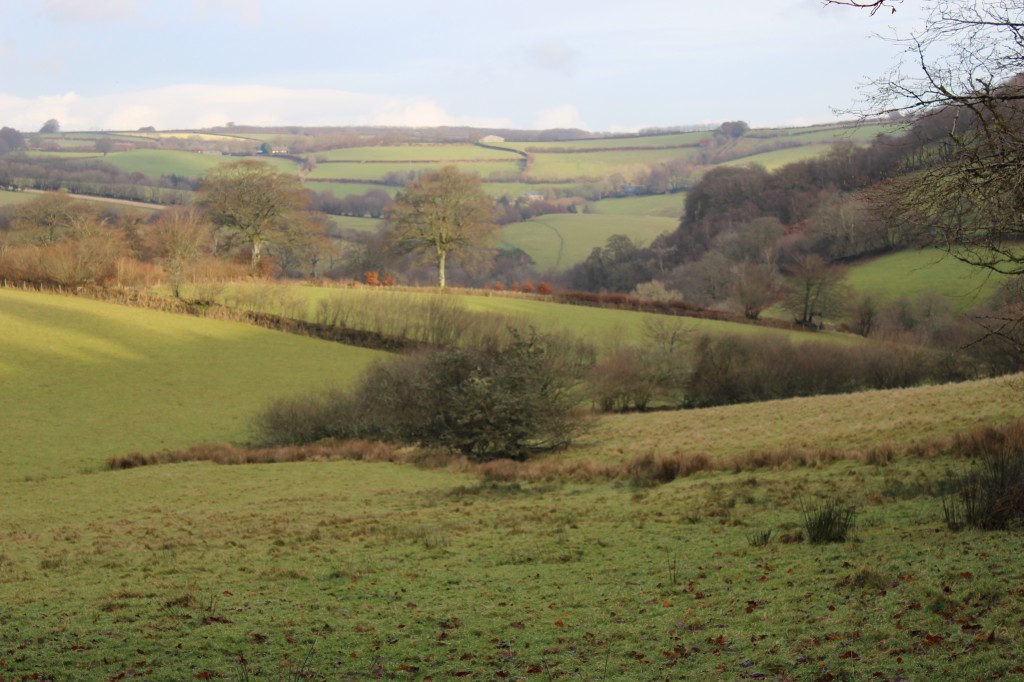 In a land where we we seem to have to fight for personal space, here is a corner of England where you can truly get ‘far from the madding crowd’ (well, in the depths of winter, at least). We only met two other people in 4 hours of walking. There must have been others up here recently though, as, bizarrely, someone had decorated a hawthorn bush with several strands of tinsel and a bauble, an incongruous sight so far from the bustle of civilization. 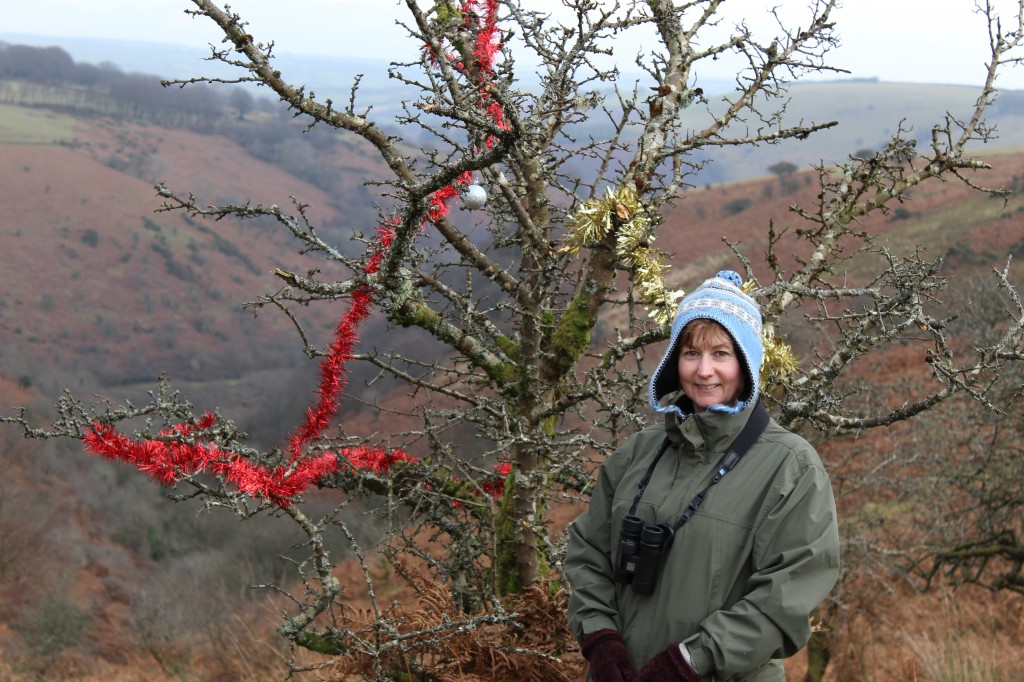 As we passed from field to field, down towards the Exe river, I was particularly struck by one of the boundary hedges, a gothic-looking line of dark beech trees, bereft of their leaves, growing tall out of a mossy bank and disappearing over the horizon of the field.

We continued down to the Exe river, where we stopped for a very quick lunch. It was a rather bleak scene at the bottom of the valley. Grey clouds loomed and there were a few spots of rain, but that didn’t spoil our riverside walk, slopping around in mud. 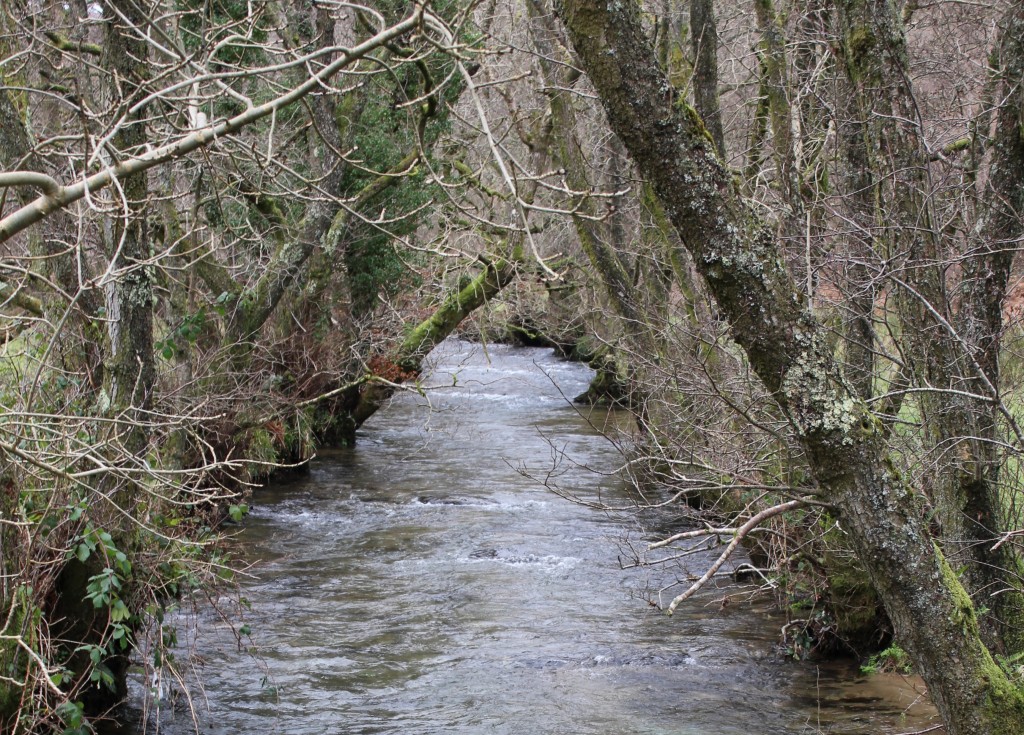 The bubbling river Exe on a cold winter’s day

We climbed a few more fields, away from the river, which thankfully were frozen over or would have been pretty boggy. Nearly back at Exford, that just left three kissing gates to negotiate – a good end to the year!!