Home Out and about Bike rides Cycling through the conifers

Cycling through the conifers

Our final outing in Exmoor (2nd January) saw us back inland late afternoon and on the bikes, this time starting from Timberscombe, a small village in Somerset on the river Avill. And the first leg? You guessed it … uphill! It was a ‘steady’ southbound ascent, and although I ended up in the lowest gears again, this time I didn’t get off and push (result!).

Although a lot of the hedgerows had been cut back recently, they were still pretty tall. The view over their tops was by now very familiar but one we would never tire of – the patchwork quilt of fields, hedgerows and woodlands that covers so much of Exmoor. 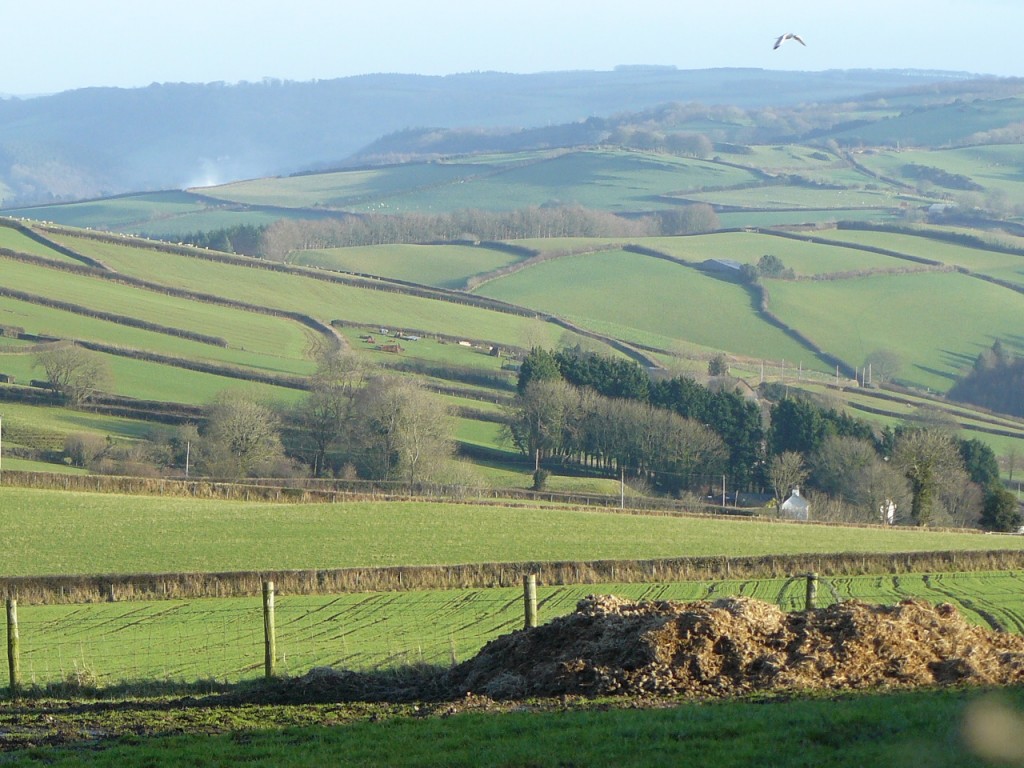 This particular hill seemed to go on for ever, and I was tempted to ask ‘Are we nearly there yet?’ To which the response, I’m sure, would have been, ‘It’s just around the next corner’, as there were plenty of bends, each revealing yet more uphill roadway. Eventually we did reach the ‘Couple Cross’ junction, and were able to start a downhill stint (they never last long enough though!) to the bottom of Croydon Hill.

So next, of course, our route took us to the top of Croydon Hill. Again, I managed to pedal all the way, as we headed upwards, first skirting the edge of a vast coniferous woodland and then entering it, winding our way through the trees on some of the many criss-crossing fire tracks with the goal of finding our way back to Timberscombe. 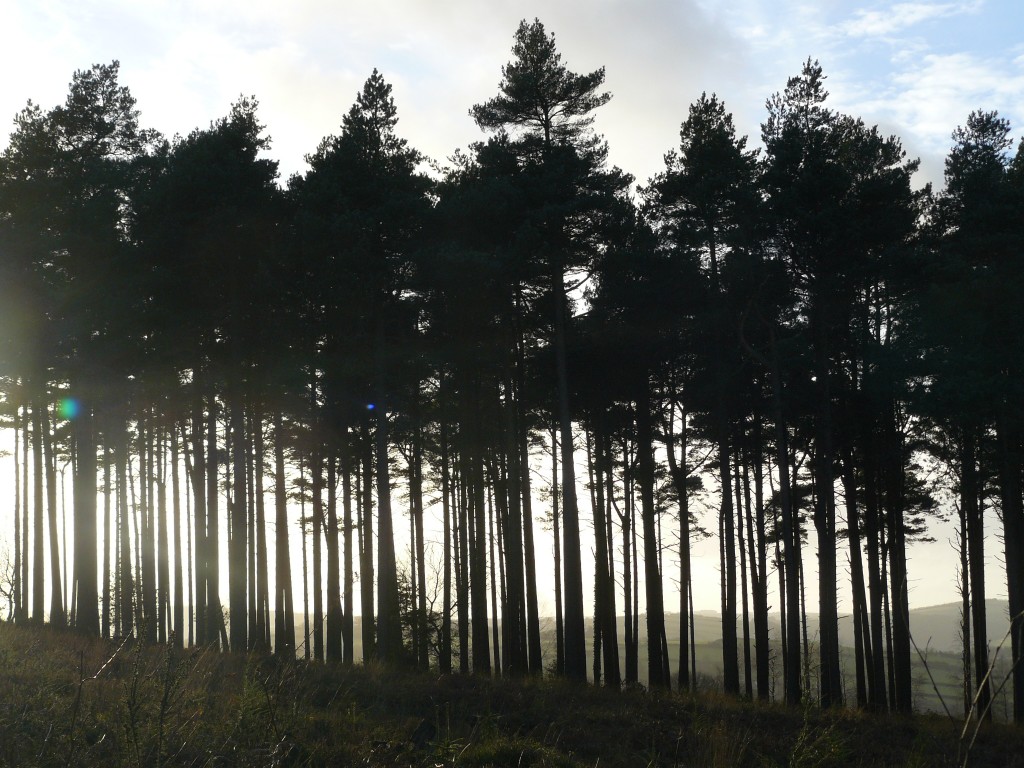 The conifers of Croydon Hill

Up until now we had been following a well-annotated map, but the tracks were so well sign-posted to Timberscombe that we started following those instead. As a result, we ended up pushing the bikes through a rather muddy ditch, but there was good news, as the next signpost declared: ‘Timberscombe 1/4 mile’. We cycled over the top of Timberscombe Common as dusk approached.

After 10 more minutes of cycling we reached another signpost: ‘Timberscombe 1/4 mile’. Someone was having a laugh. But we did indeed reach Timberscombe, in time to watch the nearly full moon rising over the trees. 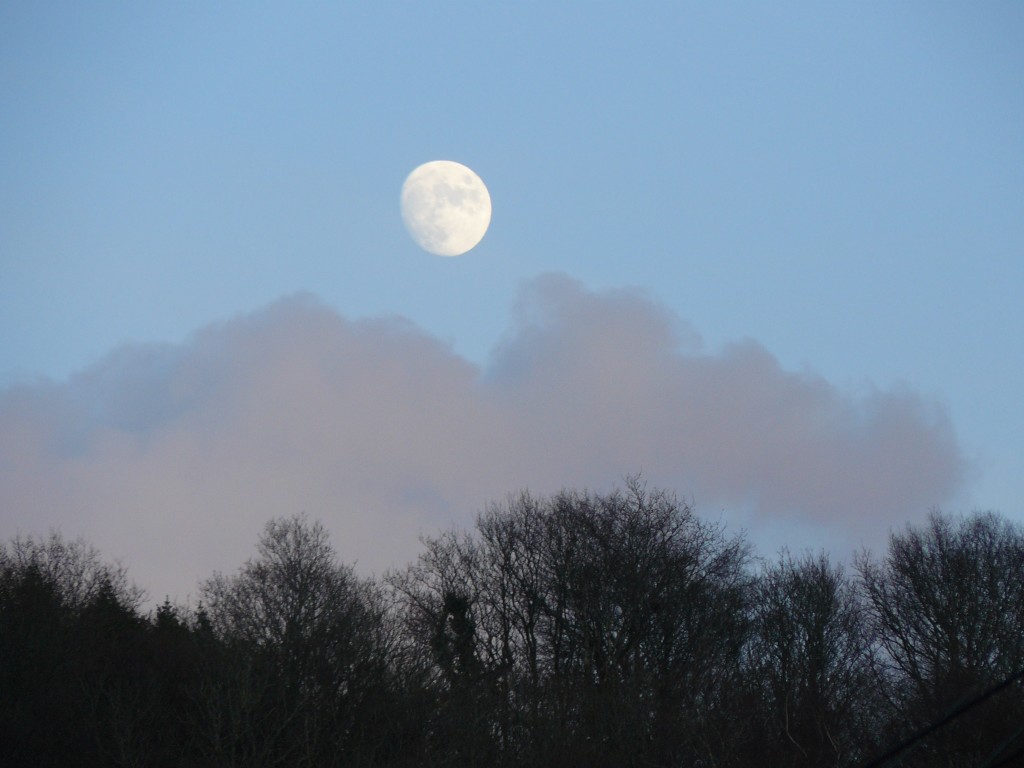